A selection of legal news related to intellectual property, patents, and trademarks in Argentina

Intellectual Property – Law No. 27.588: Copyright – Changes. Exemptions to the payment of royalties. Accessibility for persons with sensory disabilities.

Law No. 27,588, published in the Official Gazette on December 16th, 2020, amends Intellectual Property Law No. 11,723. The main amendments introduced are related to the establishment of exemptions to the payment of royalties in the following cases:

(i) in the representation, performance, and recitation of literary or artistic works already published, in public events organized by educational establishments, linked to the fulfillment of their educational purposes, plans, and study programs, provided that the show is not broadcasted outside the place where it is performed and the attendance and performance of the interpreters is free of charge;

(ii) the performance or interpretation of musical pieces in concerts, auditions, and public performances by orchestras, bands, fanfares, choirs, and other musical organizations belonging to institutions of the national State, provinces, or municipalities, provided that the attendance of the public is free of charge; and

(iii) in the reproduction, distribution, and making available to the public of works in formats accessible to blind persons and persons with other sensory disabilities that prevent conventional access to the Work, provided that such acts are made by authorized entities. This exemption extends to the right of publishers of literary works.

Additionally, Law No. 27,588 creates a catalog of works in an accessible format to have a national repertoire of such copies and facilitate their national and international exchange.

On March 31st, 2021, Division I of the Federal Court of Appeals on Civil and Commercial Matters revoked the decision of the Court of First Instance that dismissed (i) an injunction to stop the use of a combination of colors and distinctive signs to distinguish skin, hair and/or body creams and other cosmetic products, (ii) the cessation of use in advertising and promotion of such products by any means, and (iii) the jurisdictional protection of “de facto” trademarks. 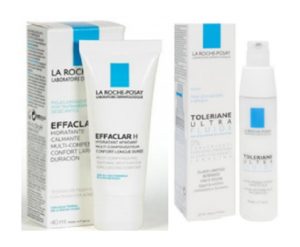 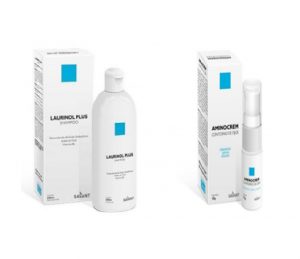 The Court of First Instance, who dismissed the requested measure, took into account the innovative nature of the measure, the fact that the trademarks of the co-defendant Laboratorios Szama in classes 3 and 5 which are the object of this injunction were granted in 2020, and the fact that the plaintiff has not registered the trademarks formed by the distinctive elements. In this regard, the Court took into account the attributive system in force in our country and that the plaintiff had not submitted sufficient evidence to prove the use for a sufficient period of time to constitute a “de facto” trademark; he pointed out that the accounting invoicing and the images of the containers submitted were not suitable for such purpose.

The Court of Appeals stated that, since the irreparable damage invoked by the petitioner based on the use indicated cannot be ruled out, it is appropriate to admit the requested injunction (…) since the Trademark Law itself -in its Section 4 – provides that “to exercise the right of opposition to its registration or use, a legitimate interest…of the opponent is required (the emphasis belongs to the Court). It follows that the owner of a “de facto” trademark, used with the characteristics described above, has the right to request the cessation of use of a similar or confusingly similar trademark, since the Court, on numerous occasions, has recognized the value of the trademark used (cf. this Division, doctr. cases 1980 of 16/10/87, 4979 of 5/2/88 and 54653/95 of 27/06/96 and 3063/07 of 19/04/07, among others; Court II, case 4343 of 27/08/93), which clearly means that the holder has been admitted as having a “legitimate interest”, as required by law 22,362. The said solution, which can be inferred without any interpretative effort from the aforementioned Section 4°, also finds support in the guiding principle of the former Section 953 of the Civil Code, which is included in Section 279 of the Civil and Commercial Code of the Nation, which prohibits immoral acts or acts contrary to good customs (cf. Division II, case 4343 of 27/08/93 and this Division, case 3063/07 of 19/04/07).

As a consequence thereof, taking into account the scope of the consequences that could be derived for the defendants from the provisional cease in the promotion and use of the trademarks in question, as well as the scarce elements incorporated into the case to fix the amount of the counter-guarantee provided for in Section 50 of the TRIPS Agreement, the Court revoked the appealed decision and, consequently, ordered Savant Pharm S.A. and Laboratorios Szama S.A. to cease the use of the color combination indicated in the decision to distinguish dermatological products and to advertise them, and set the counter-guarantee at five hundred thousand pesos (AR$500,000).

Finally, the Court has already recognized the right to this type of measure to holders of “de facto” trademarks in the past, although due to the very nature of the injunctions to cease the use of a trademark, which are innovative measures, their interpretation is restrictive.

On December 1st, 2020, Division 6 of the National Court of Appeals on Criminal and Correctional Matters dismissed the criminal complaint filed by Daniel Frescó, author of the literary work “Enfermo de Fútbol”, published in December 2015, for allegedly defrauding his intellectual property rights by registering and cinematographically broadcasting the movie “El Fútbol o yo” as co-intellectual authors and declared owners.

In the facts, the producers had obtained, prior to the publication of Frescó’s literary work, the intellectual property rights of a film work of Belgian origin called “Je suis supporter du Standard”. When one of the producers learned that the literary author was writing on a similar subject, he contacted him to discuss the possibility that the film work that the producers intended to make could also include passages from Fresco’s work (…).

Based on the conclusions reached by the expert witnesses, the Court considered that there were points in common between the movie “El Fútbol o yo” and the book “Enfermo del Fútbol”, although it understood that this was not enough to consider that there was a violation of articles 71 and 72 of the Intellectual Property Law No. 11,723.

This decision was based mainly on the majority doctrine which understands that “the intrinsic test consists in comparing the two creations as a whole and not diverting the attention only on the existing coincidences (extrinsic elements) in order to determine whether the two works are substantially similar in the eyes of an average observer”. In this sense, the Court considered that the isolated coincidences between the literary work and the film did not allow to understand the action of the accused producers as criminals.

Division II of the Federal Court of Appeals on Civil and Commercial Matters confirmed the rejection of the precautionary measure requested by Carmel Country Club S.A. which was rejected by the Court of First Instance on the grounds that the requested measure exceeded the limited cognitive framework of a precautionary proceeding taking into consideration that the dissemination of information and ideas through the Internet is considered to be included within the guarantee of freedom of expression and the publication of ideas without prior censorship.

The Second Division took into consideration that the trademarks “Carmel, Who killed María Marta?”, applied for in classes 38 and 41 of the International Trademark Nomenclator for the audiovisual series have no relation with the services rendered by the plaintiff (real estate activities). Therefore, since there is no overlapping of products or services, the Division ruled out the hypothesis of indirect confusion likely to generate confusion in the consumer public, association with the activity of the plaintiff, its services, and – eventually- products with the series, as well as the possibility that a common origin could be attributed to all of them.

Within the framework of the World Day to Promote Web Accessibility Awareness, an agreement was signed between the Legal and Technical Secretariat of the Presidency of the Nation and the National Agency for Disability (ANDIS by its Spanish acronym) to guarantee access for all persons with disabilities to Internet sites with the ‘.ar’ domain.

The purpose of the agreement is to promote the incorporation of accessibility guidelines and criteria in websites which domain names are registered with NIC Argentina. To achieve this, coordination with public and private sector actors will seek to carry out campaigns, provide training courses and materials, and facilitate consultation channels on NIC Argentina’s website, among others.

Please, do not hesitate to contact us should you require any additional information on these matters.

Receive bulletins, circulars, events and institutional news in your mailbox.